This autonomous body was established in 2016.  Its aims include:

The committee is formed from representatives from Reading Civic Society, the Baker Street Area Neighbourhood Association (BSANA), Caversham and District Residents Association (CADRA) and other Neighbourhood Action Groups. Historic England has provided advice and training in how to look at the features of Conservation Areas and how to undertake Character Appraisals.

The Strategic, Environment, Planning and Transport Committee (SEPT) of Reading Borough Council in April 2016 endorsed the CAAC being set up.  The first meeting was held on 19 May 2016.

These include progress in updating Conservation Area Appraisals and identification of 8 Heritage Views which have been included, at the instigation of the CAAC, in the new Local Plan.   For more look here

A report on Reading’s 9 Heritage Views was accepted by RBC as an input into the latest plan.  It may be seen HERE.

In December 2018 the revised appraisal for St Peter’s Caversham was adopted by RBC after work which took nearly 3 years elapsed time. 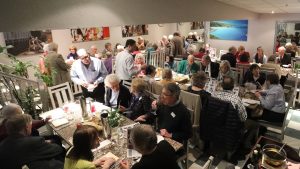